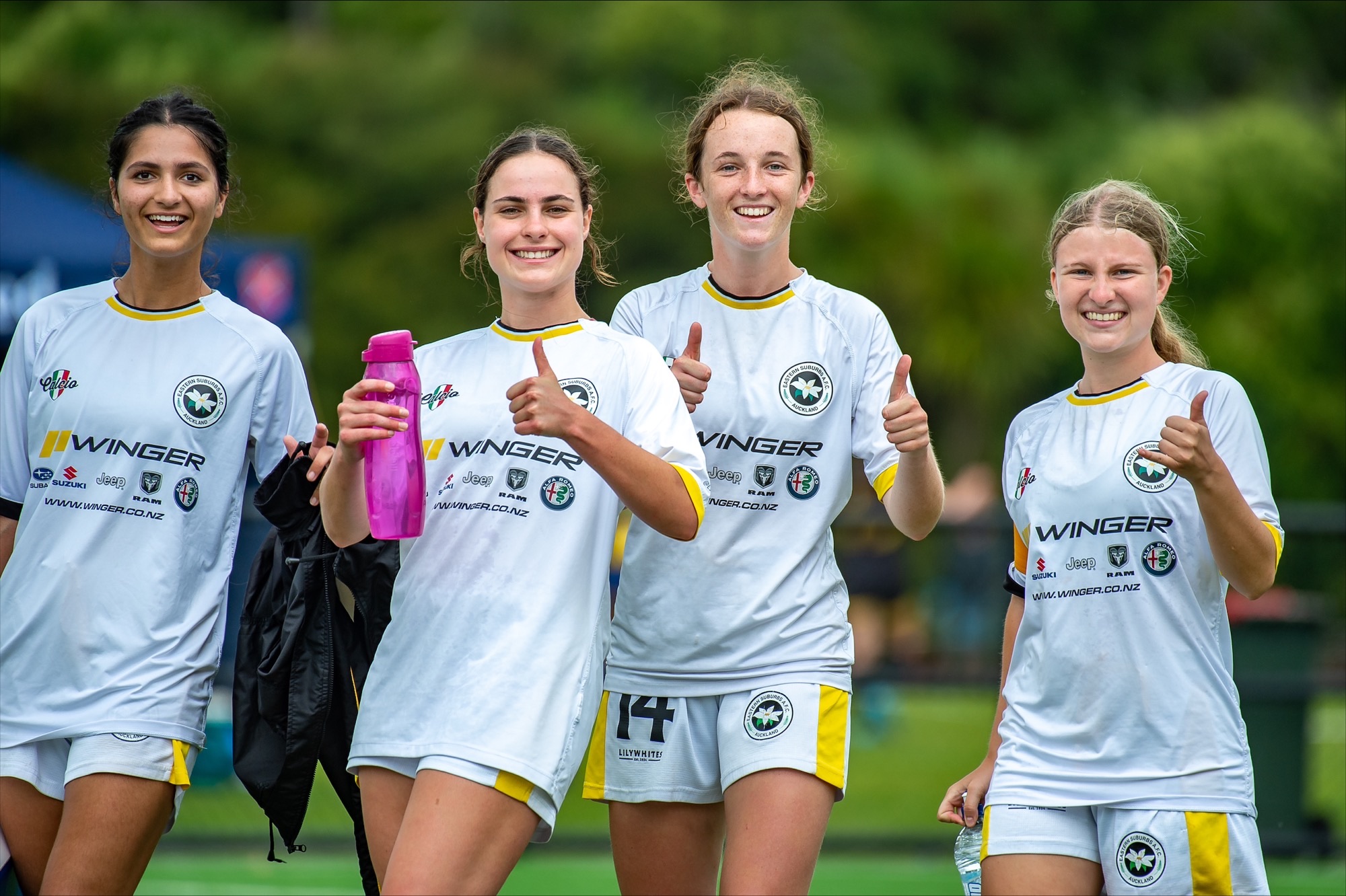 Eastern Suburbs AFC had sent both a boys and girls team to compete in the Western Springs AFC Under-17 National Tournament in early December 2022.

It was the second time the tournament took place this year after 2021’s December event was pushed back a month due to Covid-19.

The Lilywhite boys were led by Hoani Edwards and Zach Haydon and the girls by Jaiden van der Heijden and Tayla O’Brien.

The boys battled through a tough pool to advance to the quarter-finals. That however would be the end of their run being knocked out by Tāmaki-Makaurau rivals, Auckland United, 1-0.

After an impressive run, the girls were beaten in the semi-finals, by eventual tournament winners, Northern Rovers.

Zoe Benson, Olivia Page and Arya Blackler, were key players for the youth team. All three were forced to balance their role in both the U-17 team and women’s premier just one week out from the National League Grand Final.

It was yet again an exceptional tournament run by class volunteers and staff, that youth players look forward to year after year.